I was born and raised in Germany, educated and trained in theater in the US.  I am an actor, producer, and sometime translator and author committed to socially engaged art for many decades. Since 1981, I have been co-artistic director (with my husband Nick Fracaro) of Thieves Theatre, later renamed International Culture Lab. I hold an MFA (in Acting) from the Yale School of Drama and BAs in Criminal Justice and in Theater from the University of Illinois at Chicago.

For those who wouldn’t mind knowing a little more…

I was born in Aschbach in the Odenwald region of Germany, where Siegfried died after slaying the dragon. 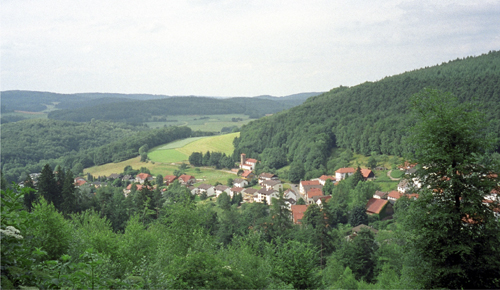 When I moved at age 11 to suburban Chicago, I didn’t know any English other than the songs “England Swings” by Roger Miller and “Over the Prairie the Cowboy Will Ride” taught to me by my beloved American GI stepfather. He and my mother said we were to remain in the U.S. for only two years but later announced that the move was permanent. Heartbroken, I vowed to escape as soon as I was 18.  But until then, summers out of school were spent with my Oma back in the little German village I still call home and where I still have many of my closest friends.

Bewildered by such concepts as cheerleading, prom, “going steady” and other American high school tyrannies, my first great acting teacher, Mike Dice, came to the rescue by uncovering my aptitude for acting and with it, naturally, my love for the theater. My first role was the German character Holga in Arthur Miller’s After the Fall. While my accent came in rather handy here, Dice (as we affectionately called him until his death in 2002) suggested that I would limit myself if I didn’t lose it. Challenge accepted and risen to!

Honoring the pinky-swear with myself never to live in the U.S. permanently and never ever to marry an American, at 18 I did indeed go back to school in Germany. But after only a year my Oma passed away. Since the rest of my immediate family was in the U.S, well… hello University of Illinois at Chicago… where I then met fellow actor and writer Nick Fracaro, to whom I’m married to this day. So much for pinky-swears.

While still in college, Nick and I founded Thieves Theatre (after Jean Genet). Thieves’ first project was Genet’s Deathwatch produced at Illinois State Penitentiary in 1981. Since then, we have created politically and socially engaged theater all over the world.

I received degrees in both Criminal Justice and Theater (more related than you might first think — both investigate human behavior) and was then accepted to the Yale School of Drama. After 3 years in bucolic New Haven (that’s sarcasm) I was delighted to move to New York, where, after a brief and awkward stint in show business, I went back to producing and acting in edgy, multidisciplinary, often 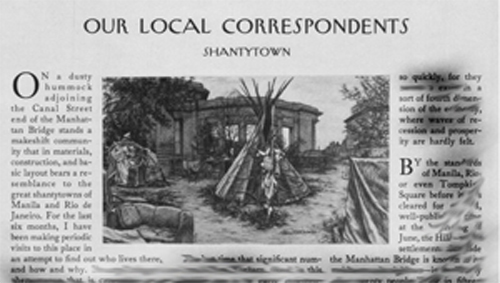 site-specific, sometimes controversial work, mostly with Thieves. One example was the world premiere of my translation of R.W. Fassbinder’s Trash, the City and Death, which was the source of great attention in both Europe and the U.S. Another was Nomad Monad: The Making of Thieves Theatre’s Last Stand (better known as The Hill) which involved erecting a tepee – made by me out of 78 US#3 mailbags – in New York’s oldest shantytown, then living, exhibiting and performing in it over the course of 2+ years while navigating the city’s volatile political waters in the early 90’s. This project was part of a New Museum retrospective.

(From the April/May 2013 exhibit at the New Museum)

In 1994, Thieves, along with a handful of theaters from across the United States, co-founded the Rat Conference, a national consortium of theater workers dedicated to sharing work and ways of working. 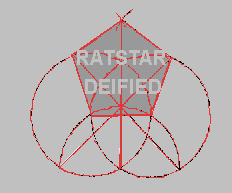 During its 10-year run, RAT spawned dozens of national and international collaborations and marked several important segment of theater history. One is the beginning of the digital medium’s direct impact on relationships among theater peers by creating an email listserv and website (hosted and maintained by Thieves Theatre) to articulate common aesthetics and initiate joint theater productions. The press cited RAT as the “regional alternative theater revolution.”

In 2007, Thieves was renamed International Culture Lab to reflect the company’s evolved mission. My work with Thieves/ICL has directly or indirectly allowed me to act and produce all over the U.S., Argentina, Canada, New Zealand, Turkey, Georgia and my native Germany, where I’ve been lucky enough to perform at some of the country’s most important theaters.

In 2001, I fell in love with and began studying Butoh with various masters from around the world, and in 2005 and 2007 I was producer with the CAVE New York Butoh Festival. Since then, ICL has been producing an annual Coney Island Ritual Cabaret Festival.

Along with acting – my first love and now primary focus – I translate and continue to live a charmed life with my husband in our brownstone in Brooklyn, where we sometimes host exhibits and performances. And yes, over the years, I have periodically lived in Germany, where I am a citizen to this day.